In 1944, Berthe von Moschzisker, daughter of one of The Print Center's founding members, was appointed the second Director of The Print Center, a position she held for the next 25 years. Her tenure was notable for many reasons, including her embrace of modernism and her introduction of printed works by important European artists to an American audience. Her directorship also encompasses the formation of The Print Club Permanent Collection at the Philadelphia Museum of Art, which grew from 80 works in 1942 to 1,700 by her retirement.  Von Moschzisker also had a profound impact on artists in Philadelphia, encouraging young artists to explore new experimental processes at the organization’s Artist’s Workshop, while also actively placing these artists’ works in private and public collections throughout the country. Many artists and collectors still remember her, and her achievements, with fondness and admiration. 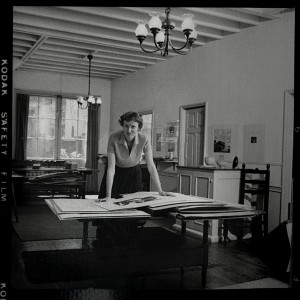 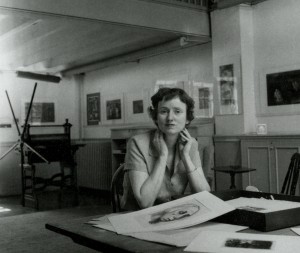