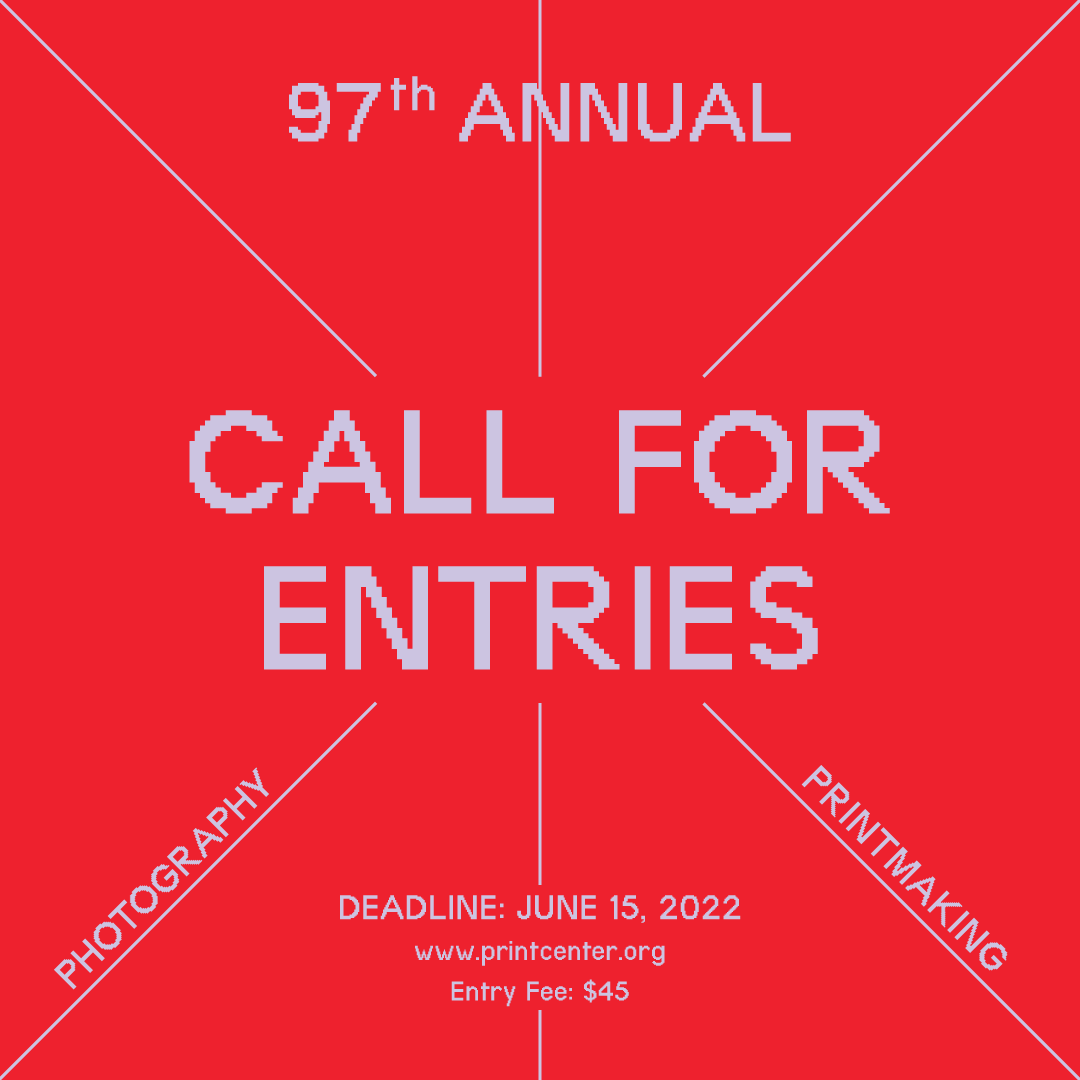 The ANNUAL is one of the oldest and most prestigious competitions in the United States. Open to local, national and international artists, The Print Center is particularly interested in highlighting the use of photography and/or printmaking in new and intriguing ways, both in content and process.

Dr. Makeda Best is the Richard L. Menschel Curator of Photography and Interim Head, Division of Modern and Contemporary Art at the Harvard Art Museums.

Curlee Raven Holton is the Executive Director of the David C. Driskell Center at the University of Maryland and The David M. and Linda Roth Professor of Art, emeritus, at Lafayette College, Easton, PA where he founded the Experimental Printmaking Institute.

Congratulations to the 25 Semifinalists and 10 Finalists!

Watch previous award winners discuss
their experiences with the ANNUAL: 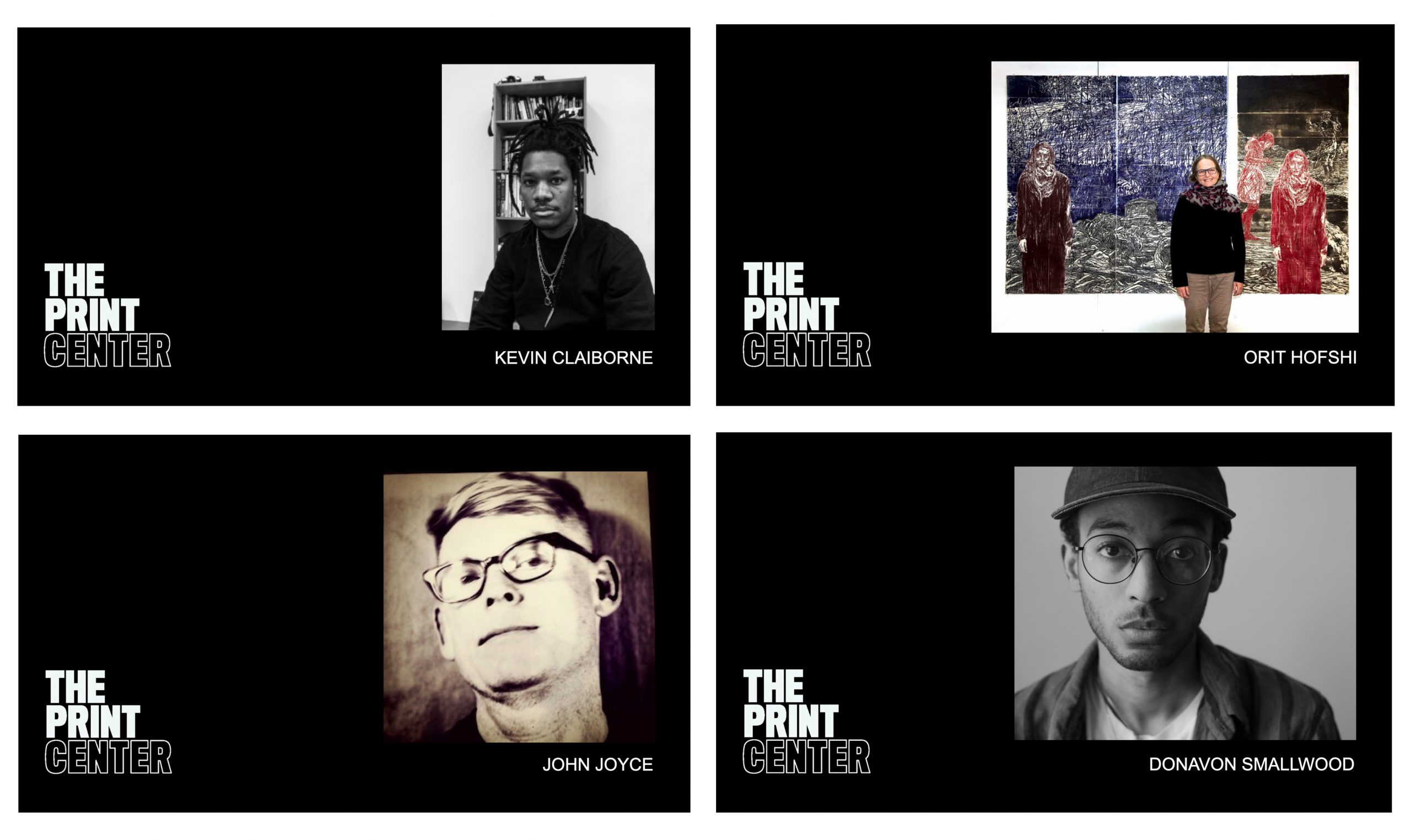 Dr. Makeda Best is the Richard L. Menschel Curator of Photography at the Harvard Art Museums, Cambridge, MA. Her scholarly interests focus on 19th and 20th century American photography, with a special interest in photojournalism, documentary, war photography and text and image works. Recent exhibitions include Crossing Lines, Constructing Home: Displacement and Belonging in Contemporary Art and Winslow Homer: Eyewitness and Time is Now: Photography and Social Change in James Baldwin’s America. Her book Elevate the Masses: Alexander Gardner, Photography and Democracy was published in 2020 by the Pennsylvania State University Press. The subject of her current book project is American landscape photography. Best holds a BA from Barnard College, New York, a BFA and an MA from California Institute of the Arts, Santa Clarita, and an MA and PhD from Harvard University.

Curlee Raven Holton has been the Executive Director of the David C. Driskell Center at the University of Maryland, College Park since 2012. He was the founding director of the Experimental Printmaking Institute at Lafayette College, Easton, PA, and is the founder and current director of Raven Fine Art Editions, Easton. Holton is also The David M. and Linda Roth Professor of Art, emeritus, at Lafayette College. As a printmaker and painter, his work has been exhibited professionally for over 25 years in more than 31 solo shows and over 80 group shows. His exhibitions include prestigious national and international venues such as Egypt’s 7th International Biennale, the Cleveland Museum of Art, OH and the Whitney Museum of American Art, New York. His work is held in many private and public collections including the Cleveland Museum of Art, OH; Yale University Art Gallery, New Haven, CT; Pennsylvania Academy of the Fine Arts, Philadelphia, PA; and The Library of Congress and National Gallery of Art, both Washington, D.C. As part of his research and study as an artist-scholar, he has lectured and presented demonstrations throughout the United States and abroad in Costa Rica, Europe, Mexico and the West Indies. He has presented over 70 public lectures on his work, African American art and contemporary printmaking. He has been published in numerous catalogs and journals. Holton earned a BFA from the Cleveland Institute of Fine Arts, OH and an MFA from Kent State University, OH. He began teaching Printmaking and African American Art History in 1991 at Lafayette College.

We asked our jurors four questions. Watch their interviews above, or, read the interviews here!

The Print Center will mount an online portfolio exhibition for Semifinalists and Finalists, including up to five images, biographical information and artist statements. Finalists can present an additional 5 images for inclusion (up to 10).

Three Finalists will be selected by The Print Center to receive Solo Exhibitions at The Print Center (January – March 2023) as well as an honorarium. Selected artists will work with our Jensen Bryan Curator on the selection of works and installation design.

The Print Center provides:
• The venue, professional installation and deinstallation, gallery signage and labels, and insurance while work is on The Print Center’s premises.
• Publicity including visual branding for the exhibitions, promotion via press release to over 2,500 press outlets, exhibition announcement cards mailed to 2,500 individuals, website presence, weekly email newsletters to 10,000 and social media posts on Facebook, Instagram and Twitter.
• Documentation, including professional photographic documentation and a Gallery Notes - a full color, professionally printed exhibition brochure distributed

Liability
The Print Center is not responsible for damage to work during shipping or delivery. Works are insured while on The Print Center’s premises.

ABOUT THE PRINT CENTER

For more than a hundred years, The Print Center has encouraged the growth and understanding of photography and printmaking as vital contemporary arts through exhibitions, publications and educational programs. An international voice in print, The Print Center presents a wide variety of programs including temporary exhibitions and related public lectures and events; the Artists-in-Schools Program; the ANNUAL, which is the longest running competition for photographs and prints in the country; and the Gallery Store, which offers a diverse selection of contemporary prints and photographs for sale, providing direct support to artists. We invite you to become a Member, or find out more about how you can support The Print Center.